The NBA All Star Game 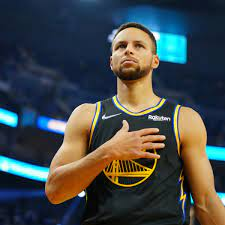 Every year, the NBA holds an All Star Game for the best players in the league to compete and have fun for the fans. This year is no different, and the fans are already voting their favorite stars to participate in this year’s game. Even though it’s only 2 weeks into fan voting, I think most fans have an idea for who should be in the event.

Starting with the Bay Area favorite, It is to no one’s surprise that we will be seeing the best shooter of all time in this year’s all star game. Curry has put up an impressive 27 Points a game, 6 assists, and 5 rebounds per game. The two-time MVP has also led his team to a 30-10 record, the second best record in the league As of January 2022. Fans around the country will definitely look forward to Curry’s 3 point shooting during the all star game.

After rupturing his Achilles back in the 2019 NBA finals, most fans doubted Durant’s return. Most players cannot come back from injuries that extreme, especially 7 footers. Fortunately, KD returned and it seems as if he’s gotten even better. Durant has put up 30 points per game, 8 assists per game, and 6 rebounds per game and has led his team to second seed in the east this year.

The 2021 Regular Season MVP, Nikola Jokic, Is clearly the same player he was last year, not missing a beat. Averaging 26, 7, and 14 a game, The Joker has been able to keep his team in playoff contention, despite most of his supporting cast being out due to injuries. As the west’s best center, we will definitely be seeing Jokic in this year’s all star game.

Last year’s finals MVP seems to keep getting better every year, and it looks like he won’t be slowing down this year either. The 27 year old has put up 28, 6, and 11, and carrying his team to the 4th seed for the east. As a fan favorite, The Greek Freak has a high chance of being this year’s east all star captain once again.

The 22 year old phenom has already turned the grizzlies franchise around, leading the hottest team in the league right now. Morant has been averaging 25, 7, and 5. We will definitely be seeing the explosive guard in the all star game. 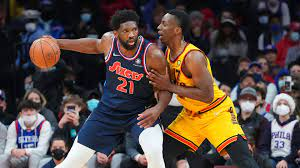 Embiid has put up a quiet 27, 4, and 10 this year but he is a fan favorite and we will definitely be seeing him face off against jokic- The two most widely respected centers in the league. Despite the Sixers having some players quit on them this year, the Sixers are still the 5th seed in the east.

Derozan is having a career year in Chicago right now, putting up 26 4 and 4 and leading the bulls to the best record in the east. Many fans consider him an MVP candidate, and rightfully so. He and his teammate, Zach Lavine will most likely be on the court for the all-star game as well.

This wouldn’t be a list without A Lebron feature. Entering his 19th season in the league, James has shown no slowing down. So far, James has been averaging 29, 7, and 7, and carrying the 21-21 lakers on his back. The King is a fan favorite, and will most likely be the West’s All Star Captain. Fans are excited to see what James will bring to this year’s game.

Anthony Davis, Andrew Wiggins, Paul George, Draymond Green, Anthony Edwards, Darius Garland, Lamelo Ball, Fred Vanvleet, Jaylen Brown, Bam Adebayo and Jarrett Allen are players who are deserving of an all star spot, but not everyone can make the team, most of these players will be snubbed, and some might be able to make the team.

The NBA All Star Game is still a month away, so fans can still vote for their favorite NBA players.