Lying to Lie; Lying to Survive

In a year of terrifying truths staring at the human race, people deserve to feel comfort in the black and white of the world. The sky is blue (outside the American west coast), the earth is round (arguably), Mondays suck and Saturdays are heaven (assuming time even means anything within confinement).

Lying is wrong and doing it makes you, at best, suspicious and at worse— a bad person. Yet even now, it’s possible to look at something people have been known to frame as black and white, and shift perspectives just a millimeter to the left, to finally see the right shade of gray.

Though wrong, lying is unavoidable. Trying to live in current human society without lying whatsoever is not a realistic goal. The average person lies about two times a day, says social psychologist Bella M. DePaulo within the ScientificAmerican’s article “The Art of Lying”, and they do so without realizing they did. With so many different types of deception (some such as, by omission or unintentional deception like lack of knowledge, naivety, intentional deception done so with malicious intent…) it’s easy to just let the mind fall into the usual thought process that allows lying. The thought process that allows for growth and enjoyment and processing human relationships. The baseline human mindset.

Mindsets that are definitely needed in school. If there is one thing taught in schools— it’s that lying, in any context, is wrong. Within Vanden High School’s own rules and regulations, the student hand book too, the term ‘academic dishonesty’ is used to describe (as an umbrella term) lying in an academic environment. The term isn’t special, most every learning institution with a name uses it to give a title to the one cardinal sin within any given classroom. Students are told on day one, by every teacher, in every new year syllabus, that academic dishonesty won’t be permitted in any form. Simple as that.

“…Especially in 2020, it’s really complicated. There’s a little bit of truth in a lot of what we say, so, it’s kinda like a matter of degree ”. A teacher at Vanden High, one Mr. Wren, explaining his definition of a lie.

And sure during the times before 2020, academic dishonesty was, while still an umbrella term, easy to use within a classroom. Teachers watch students work, should they see any problem they approach the student, matters are taken from there. Plagiarism, copying, noticing a distracted student, flat out lying to their face— it was all there and, assuming the teacher knew what to look for, was easy to spot. But now isn’t then. Now is the year of 2020, a year of set-backs and changes in every field, school being one of them. With the new implantation of distance learning and virtual classrooms, it’s never been easier to lie and harder to tell the truth.

So what about the students? The teachers? What do they think about this? A few can’t speak for everyone but surely someone has some thoughts on the matter. And some do: meet Mrs. Miller, Mr. Wren and Lucas.

“Lying is, technically, anything that isn’t the truth— however, there’s different motivations for lying. There’s lying to be deceptive and deceitful and also lying that some people need for like, protection. The motivation lets you know why it was given…” Mrs. Miller says as she explains her definition of lying.

Jacqueline Miller, the lone psychology teacher at Vanden High, smiles brightly as she stares ahead at her camera, every morning without fail, even if her student’s screens have little more than a single letter to signify their existence in her class. She greets everyone and occasionally pets her cat, being sure to give everyone time to get into class. Usually no one has their camera on but even still she continues on with her lesson, knowing that her students were paying attention as she taught. She trusts, even during a year such as this; even after over 15 years of different students and different experiences with missed papers, flimsy excuses, and unexcused absences, that her students will be there.

“An unintentional comment or view point that is just, it’s not accurate and dishonest.” Mr. Wren describing a liar and more specifically an unknowingly dishonest student. “You aren’t a liar but you are saying things that are dishonest and I think that— is very common…”.

When Andrew Wren, a well-known English teacher at Vanden High, first greeted his students during their back-to-school introduction class call, the first thing he told them was “It’s not that I don’t trust you, I just don’t trust you”. Choosing to be honest and direct, he proceeds to spend the next 20 minutes talking about the importance of getting all the assigned work done, thinking critically when doing said assigned work, and most importantly— don’t try to fool him (he’s a certified member of the FBI and CIA, among other things too classified to be explained to the average students of any given senior class) because it’ll never work. Having worked as a teacher at Vanden for little over 17 years now, Wren has seen it all. Yet even after seeing so many students, so many writing styles, so many different lies and truths— he always does his best to understand his students and why they do what they do. 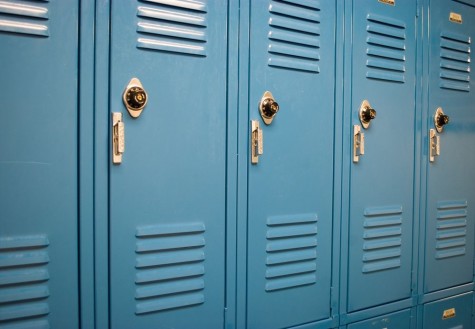 Lucas Morales is just a high school senior, just like anyone else. He’s juggling seven periods, most of which are AP, and doing his best to not die from the intense smoke framing his town like a badly made halo (it’s less of a halo and more of a heavy fog but still painful and misplaced within the human lungs). He’s always in his academic decathlon club, always doing his best to prove himself within the cage he resides in known as the public education system. But even when things are, seemingly, at their most stressful all the time, maybe even forever, in his life— he always does his best to be honest with himself and his teachers.

“Sometimes students may feel like they have to lie, if there’s no grace coming from the teacher” Mrs. Miller shares. Her opinion is shared by Mr. Wren who agrees that teachers who keep their students engaged and give them a reason to care, don’t get intentionally lied to often.

All three of them agree that lying isn’t inherently wrong. It’s necessary to survive, to make it through school (and more importantly life) as a whole, and students shouldn’t feel burdened by the ‘what if’s’ of their morality with whatever lie they may tell. The only thing about lying that really matters, all of them comment on, is the intentions of the lie and whether it was said with any sort of malice or not.

“As long as it isn’t like, an attempt to get one over the teacher and it doesn’t bring anyone else down in the process, then I don’t really see the problem,” Morales speaking on his thoughts on intent with lying.

The shared sentiment between two people with teaching degrees and a senior in high school is that students, with everything going on in life (ever) shouldn’t be expected to be 100% honest in any given classroom. The ideal environment facilitates honesty and engagements, Mr. Wren had said in a passing comment.

“Students, usually, don’t just lie for the sake of lying, usually they feel like the teacher hasn’t earned or shown they care about the student enough to warrant any honesty or trust in the classroom. It’s a two way street”

It’s about respect, above all else, not dishonesty. In these teachers’ experience, one must give to get from a student. If a teacher and student can connect and have that mutual respect, the lying should be kept to a minimum.

It’s impossible to just slap a label over anything and say that it’s always good or always bad within any environment. But in school, a place where learning to survive in the real world is key, it’s important to give oneself and others a bit of leeway because things (life, people, assignments) happen and unlike what any given classroom syllabus would bring you to believe, it never is as easy as ‘do or don’t’.